A Campaign for the Building PROs 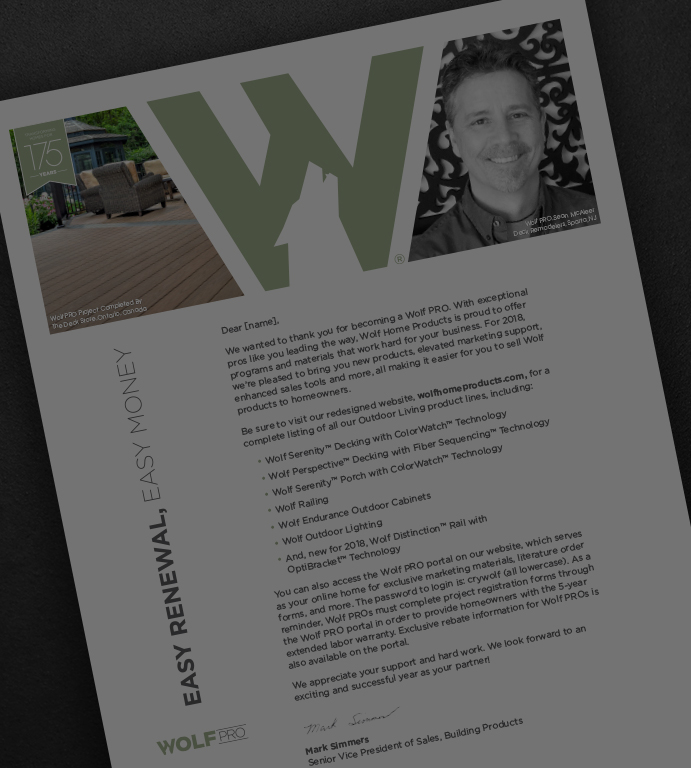 Wolf Home Products, a building materials supplier, came to YGS to strategize and deliver a direct mail campaign for its PRO certification. The ultimate goal was to allow for Wolf’s preferred vendors, or PRO-status contractors, to recertify their status through mail, rather than Wolf’s representatives prompting recertification by calling vendors.

YGS delivered a decked-out campaign, complete with several Wolf-branded direct mail pieces, including the PRO certificates themselves, envelopes, letters from a Wolf executive, decking tally sheets, product sheets, and two separate postcards. This was a highly collaborative project to ensure we were meeting Wolf’s needs, and we did just that. 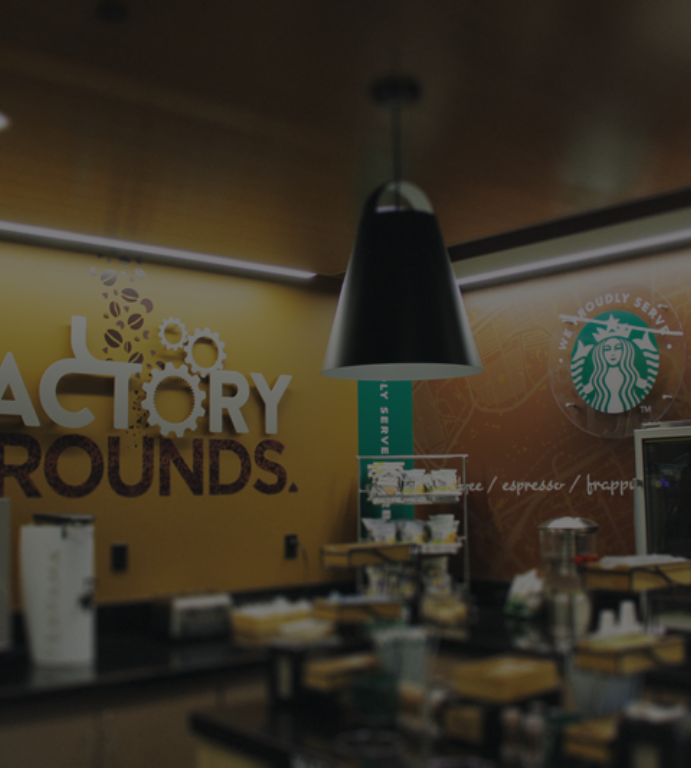 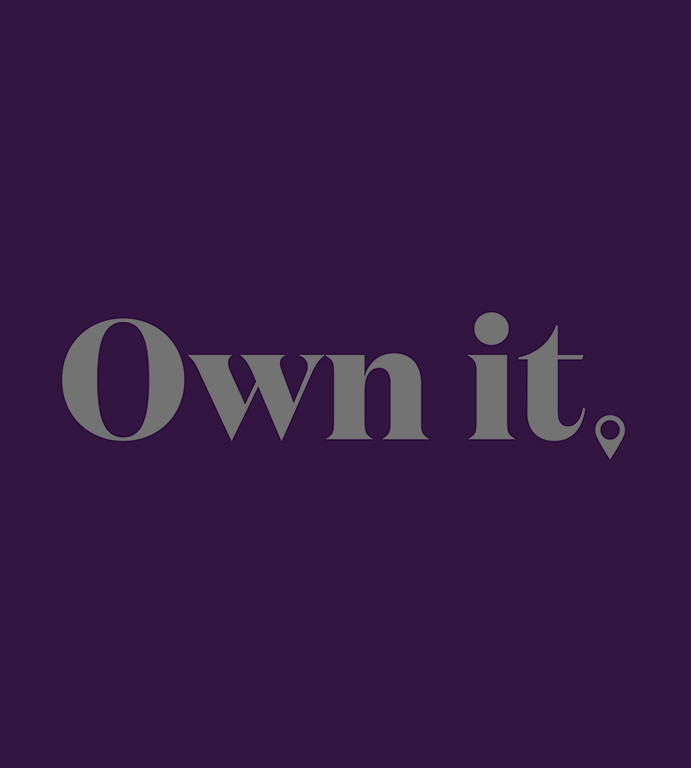